We paddled this run on April 24, 2009 when the Trinity was flowing 1,000 cfs above Coffee cr.  We all felt it was the perfect level for class IV boaters yet had some serious potential for big water play at higher flows (Lochsa style).  This run can also be rafted (experts only).   Right off the bat the river drops through a steeper section of gradient, followed by a very fun bedrock drop.  After this it backs off for awhile, though it maintains a constant gradient throughout (in upper Trinity fashion) beautiful cedars line the banks. 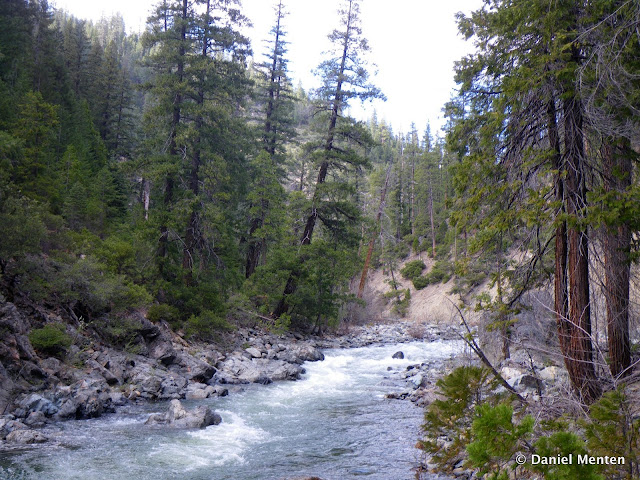 Occasional larger drops are peppered throughout the run.  There are two memorable drops in this middle section, one that funnels into a large hole, and another steep rock garden. 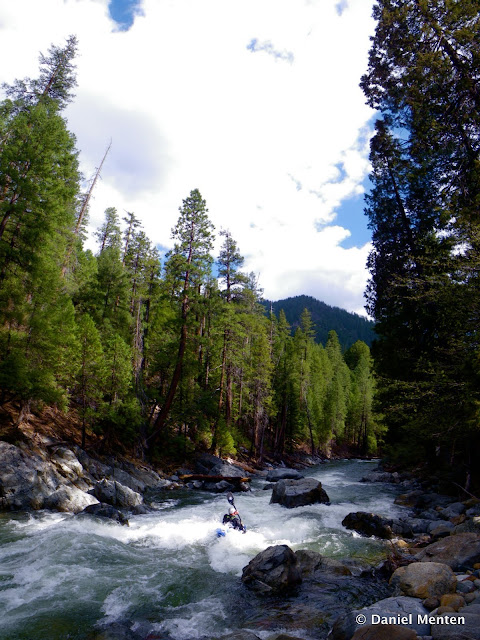 Towards the end of the run is a 1/4 mile gorge gorge, signaled by an old dam.  This is the best part of the run, and feels like the Feather River drainage with beautiful granite and a mini-gorge-chunk style.  It was class IV+ at our flows, but develops into class V material at high water.  The best scout and portage seemed to be on the right, though an eddy exists on the left after the Dam Rapid. 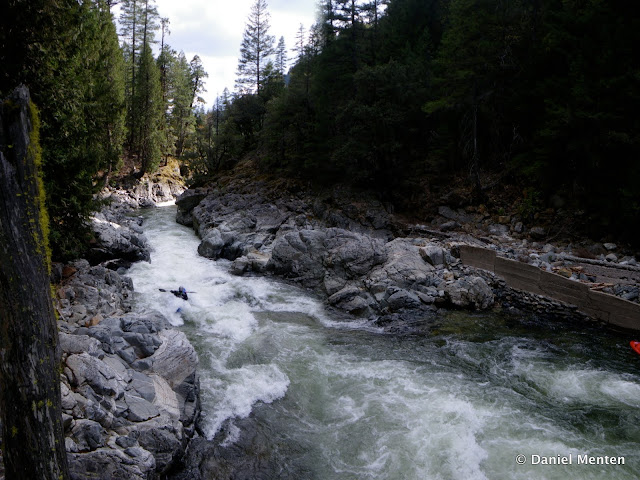 The Crux is next, which split around a huge rock at our flow.  The right was a boily, backed up hole, with the left side offering a perfect boof banking off of a pillow.  Lining a raft through here wouldn't be an option at flows much higher than ours. 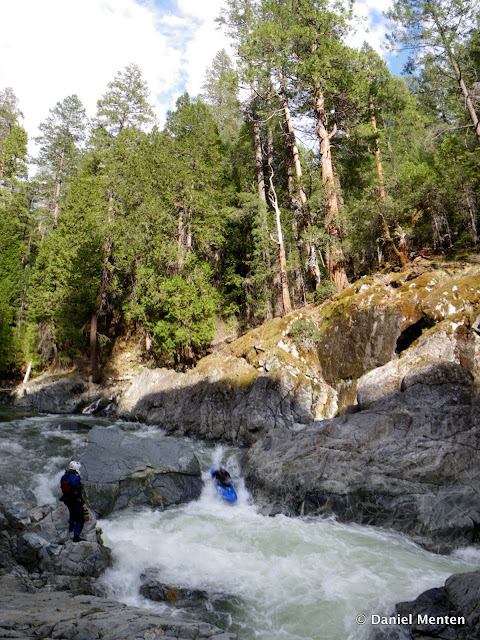 Two more quick drops brings you out of the gorge.  It would be wise to scout this entire gorge before dropping in. 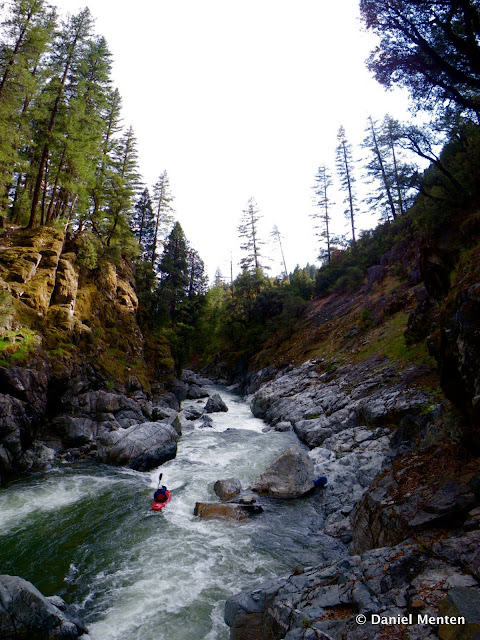 After the gorge class III-IV rapids continue all the way to take out including one very fun low-angle bedrock slide. 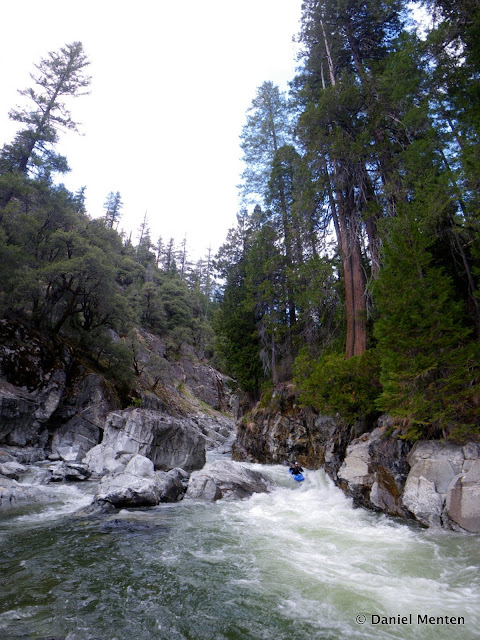 This run is worth doing and deserves some attention.  Mumbo Creek and some of the other Tributaries offer additional paddling opportunities making this a worthwhile place to spend a weekend in springtime.  Rumor has it that a shuttle route exists on the East side of the river, significantly shorter than driving over Ramshorn Rd.  This misses the first rapids, but still puts you above the best stuff.  There is also excellent camping at take-out, just downstream from the bridge where the East Fork meets Trinity Lake.  2010 should be an excellent year as Mumbo Basin has received ample amounts of snow (42.5 inches snow-water content as of March 16).
Posted by Daniel Menten at 10:27 AM