This river has flown under the radar for way too long.  I was completely surprised to find paved access (and plowed) all the way to an easy put-in that provides access to perhaps one of the best class III-IV wilderness overnighters in California.  Dick Schwind gave this run an extremely high acclaim in his West Coast River Touring Guidebook, touting it as "one of the best sections of whitewater in Northern California"...given this and my need to get on new and unknown runs and a plan was hatched.  Deciding on a 3-day trip continuing the whole length of the North Fork and into the final 24 miles on the Dos Rios to Alderpoint section we wanted to maximize the paddling to driving ratio.  The North Fork flows south and into Mendocino County before turning west, flowing into the Eel River in Trinity County again, then passing us into Humboldt County just before our take-out--Thusly we travelled via. boat through the heart of the "Emerald Triangle" in country as unknown and unexplored as anywhere.
Here is the Beautiful Kettenpom Valley on our Drive to Put-In.  Snowy South Fork Mountain is visible in the background.

Salt Creek looking downstream from the put-in bridge.  Access doesn't get any easier than this! 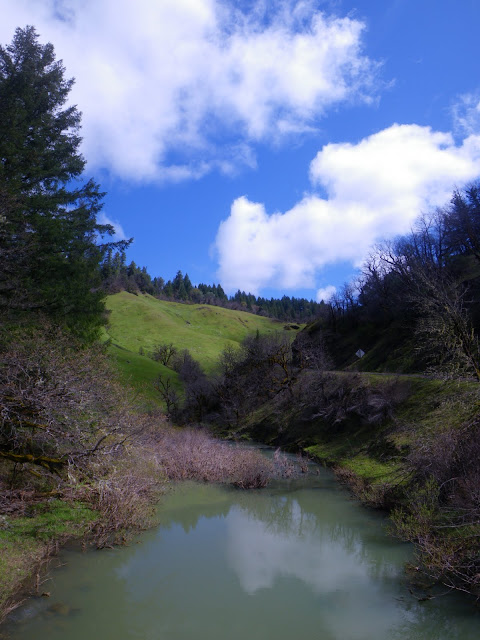 On the water, we did the bump and scrape for less than half a mile to the confluence with the North Fork Eel.  We portaged twice in here, once at a rapid that drops into a narrow chute and another at a sieved-out drop.  There are lots of willows to paddle through too. 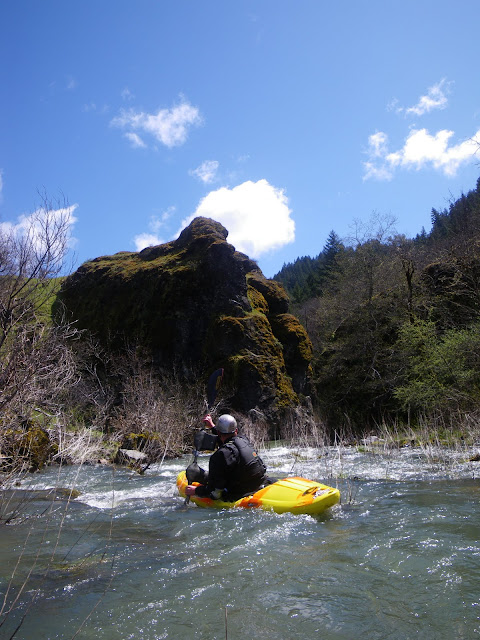 Confluence with the North Eel

The Douglas Wallflower, named after David Douglas an early Botanist.  The natives left him alone thinking he was crazy because he collected and dried plants of little use. 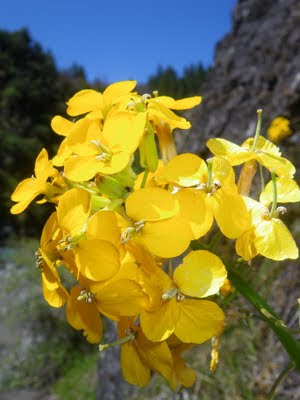 During the first 8 miles of the trip, you are in the North Fork Wilderness, which provides plenty of beautiful, steep and craggy scenery. 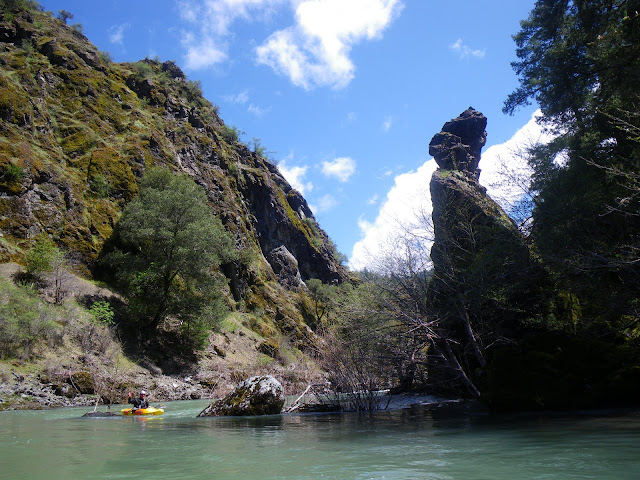 Several miles into the run you start to feel the river picking up gradient. 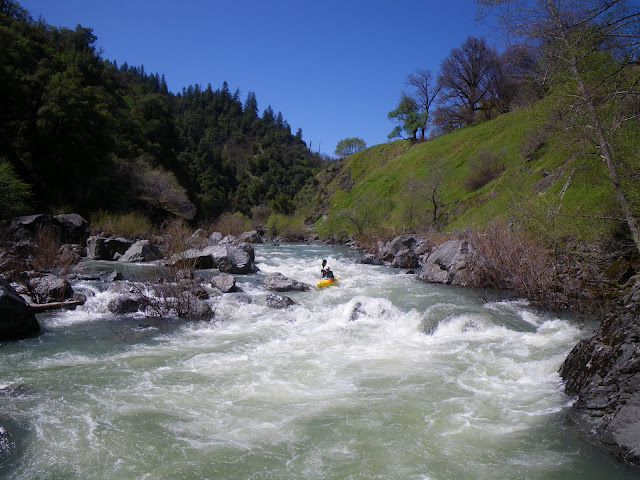 Immediately you arrive at the first big drop, with a sinister log making this a class V drop…make a mistake and you're going into the log.  A sneak line existed on the right and portage route on the left. 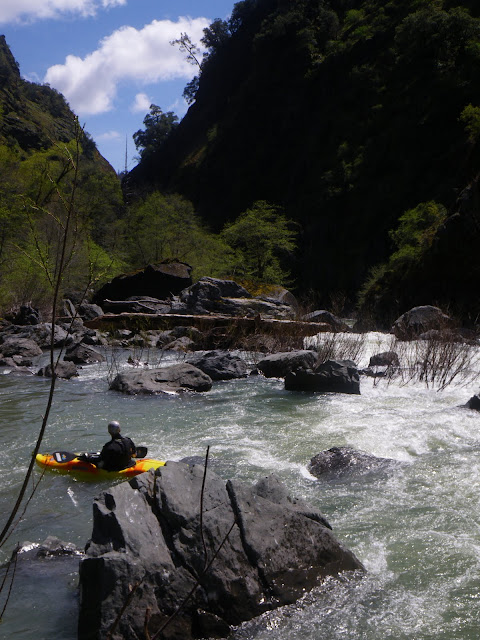 Here is Warner finishing off the sweet drop. 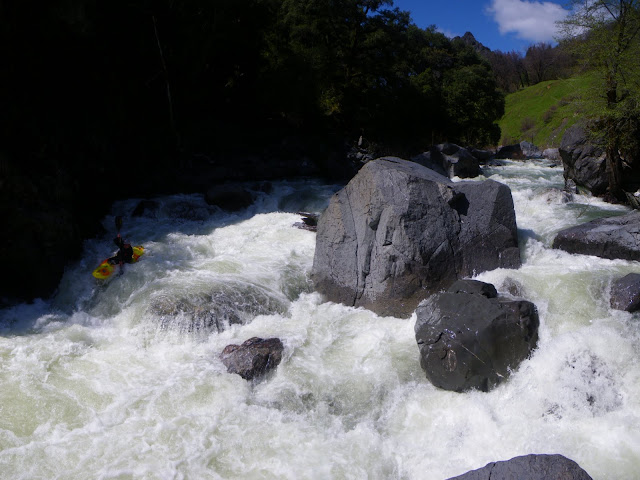 Soon thereafter we arrived at the larger and longer drop we decided to dub the Emerald Triangle.  It was a little chunky but made for a great piece of whitewater to get us fired up, not to mention the beautiful scenery and blue skies. 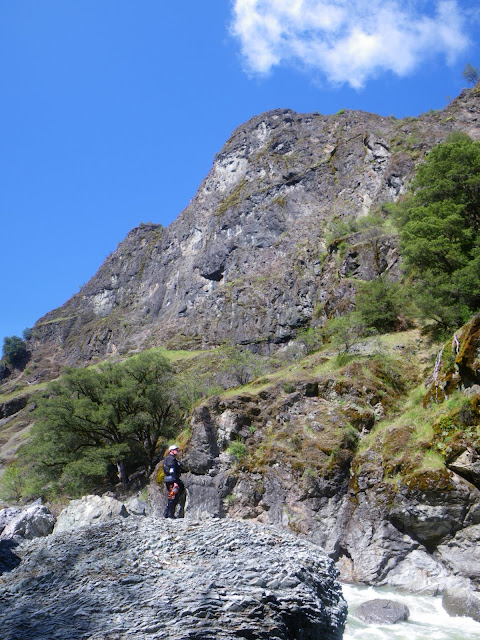 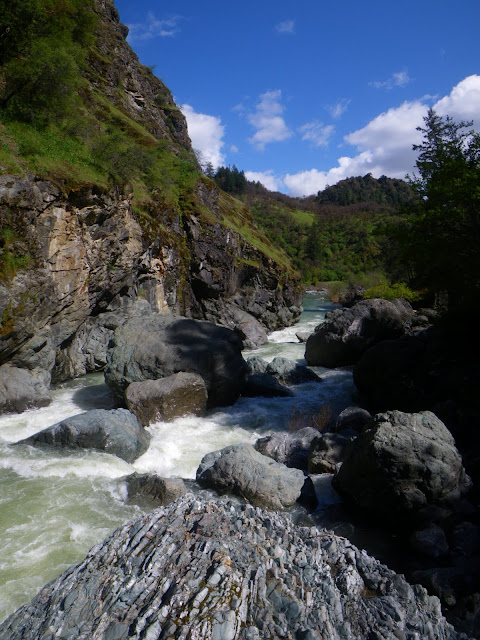 Running the tricky entrance drop, and avoiding the sieves. 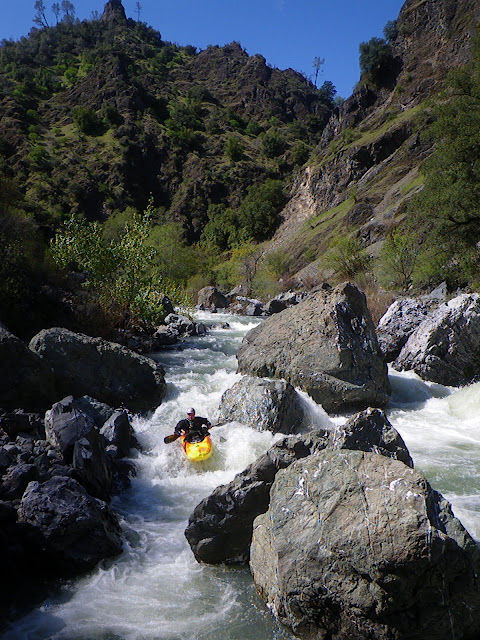 After the steep canyon section, the river settles into a nice pace of class III rapids that although not the "best in the state" was purdy darn nice! 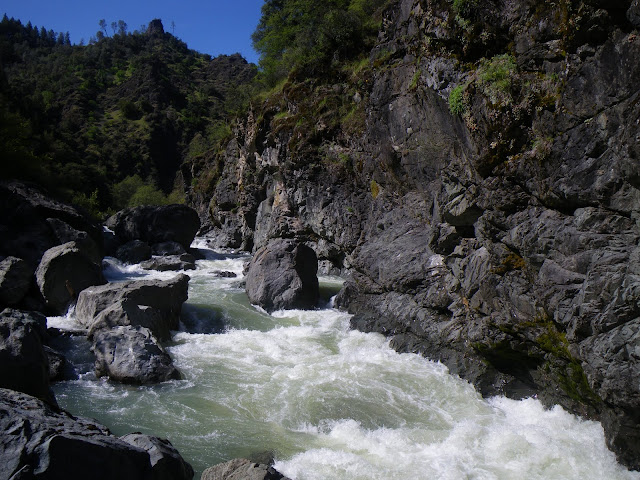 After 12 miles of paddling we'd arrived at the confluence of Hulls Creek, a major tributary on the left that drains from the Yolla-Bolly wilderness.  As such it has a higher drainage and was contributing significantly to the flow. 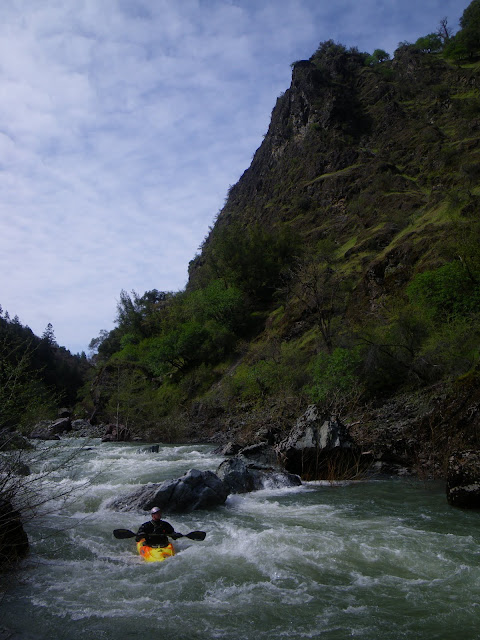 At this point you have passed through the North Fork Wilderness and are now within private Ranch inholdings along the right bank, and the Round Valley Indian Reservation on the left.  It was time for us to start looking for a place to camp. 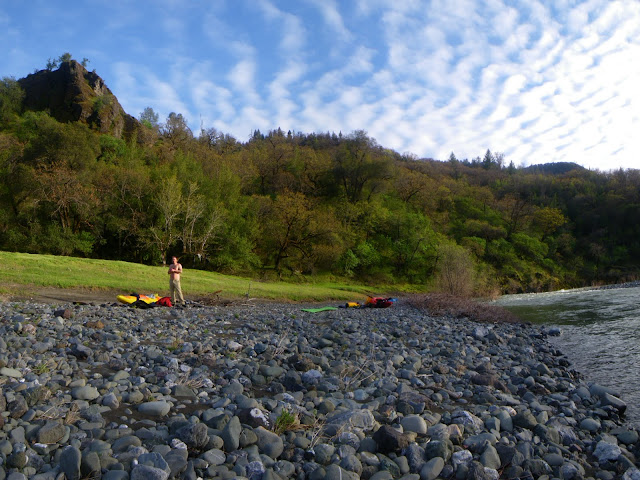 This wasn't hard, as many large sweet campsites existed.  The trouble was picking the right one.  I think we did pretty good though. 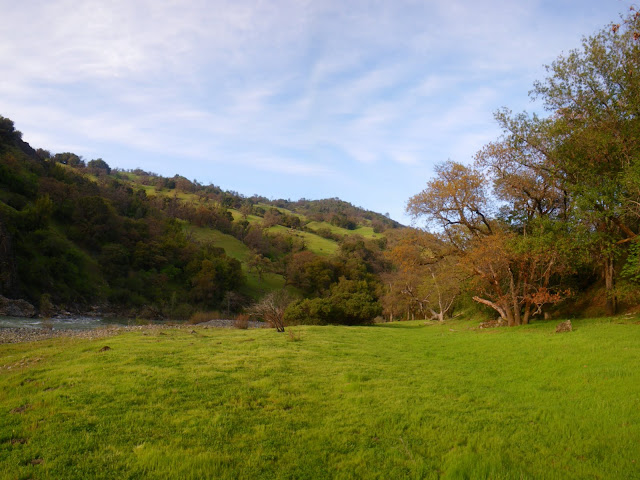 The trippy clouds are the result of a low-pressure system moving into the area.  We hoped to have two dry nights of camping, but were expecting rain during our last day of paddling out the Main Eel. 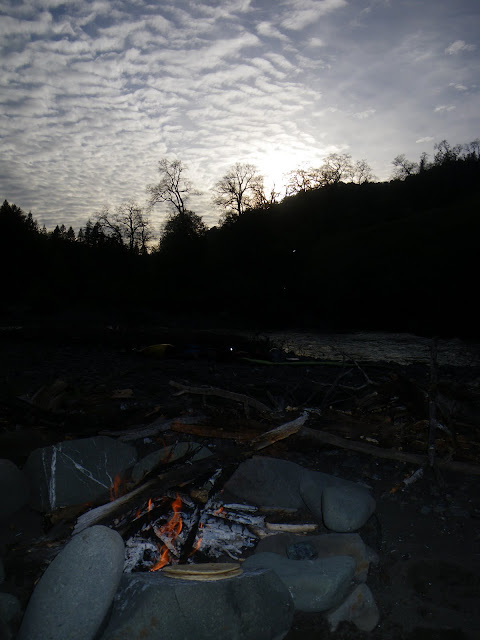 Me and Warner talked about the Split Rock Canyon downstream, which had only been paddled once during the 80's.  The crew that did it consisted of Bill Cross, I believe, and some other boaters, and no details of the run existed except that they had said "It wasn't that bad", and "It wasn't worth doing again because it was such a long day including the float out on the main Eel.  But the serious lack of details meant it was exploratory.  We rested well after the beautiful sunset. 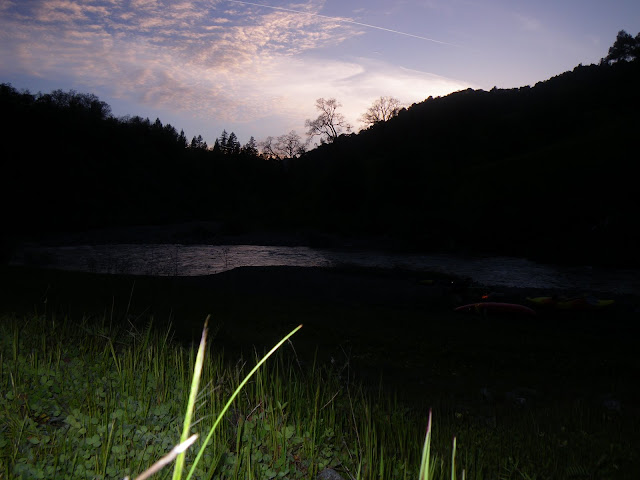 Posted by Daniel Menten at 4:41 PM