After working as a freelance photo-kayaker in Coloma during 2006, I've only managed a couple of trips down to the veritable promised land of kayaking.  It was truly awesome then, that I was able to return this year to some of my favorite runs and to reunite with some of my favorite friends too!  It started off in the usual way, my phone rings and it's Scott Ligare on the line telling me "Royal Gorge is coming in".  This I already knew, as I had been keeping an eye on the gauge as well.  With a quick "Yes", I was in and driving south the next day.  One stop at Eureka Natural Foods then a quick stop in Sac to see my sister and then up to Coloma where the posse awaited.

The next morning we were off to put-in.  Taylor's boat was already waiting for him down at Heath Springs Gorge due to circumstances he encountered during an earlier trip, so the first few miles were paddled with Zawacki and Ligare in a flash.
Zawacki makes Mr. Boof-face! 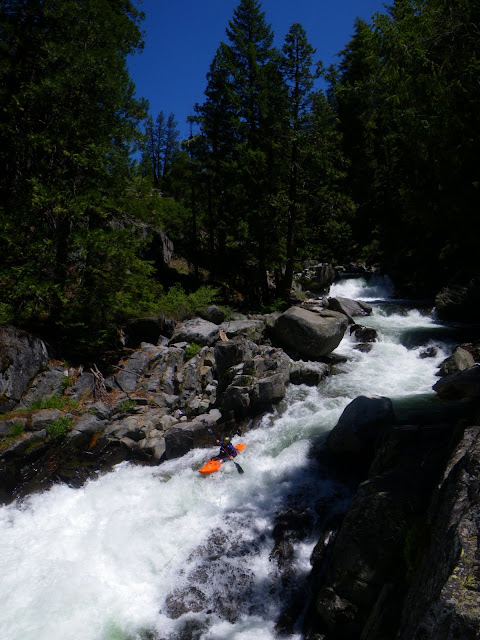 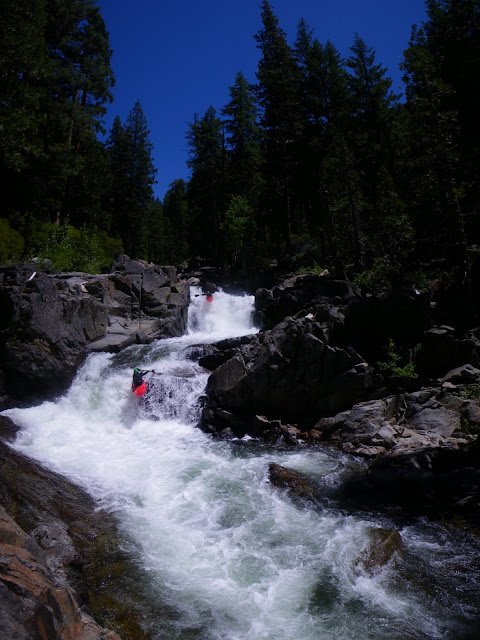 The Heath Springs Gorge is renowned for dealing out lots of amazing lines and notoriously dangerous with a 40 footer into a 50 footer with a hungry cave at the bottom.  This year has already seen two back injuries at Upper Heath and an assisted removal from the cave at Lower Heath.  One of the back injuries occurred on our trip, as a member of the group behind us had a bad line off Upper Heath, boofing and landing on his side.  After searching for our best options it was decided that we would build a stretcher and carry our friend up to the flat spot on the gorge rim overlooking the falls.  Fortunately with the two crews we had enough manpower and ingenuity as we leashed two logs and two paddles with a throwbag to build a makeshift stretcher.  Immobilization was a primary concern and the carry was brutal, while we were conducting the carry, another paddler Tom was sent back to put-in to call in a helicopter evacuation.  Once we arrived at our campsite, we relaxed and did the camp thing. 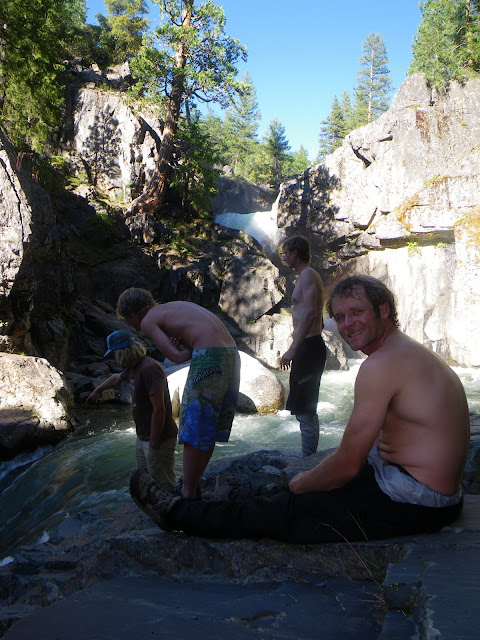 Eventually Tom returned, and later  as we were cooking dinner around the fire we heard the sounds of a chopper heading up the canyon.  In a very extraterrestrial-aura we gathered our shit quickly so it wouldn't disappear in the updraft of the chopper.  The fire was quickly blown out, and paddlers were running around with their gear left and right.  I can't imagine how Nate felt during all of this, laying motionless and looking straight up at the lights coming from his ride out. 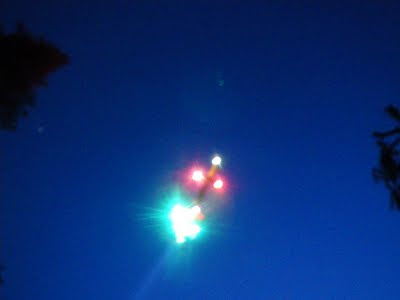 Down dropped an alien in a spacesuit with a flashlight swirling all about.  Then we gathered round as the EMT assessed the situation, and assisted with transferring our friend to the stretcher. 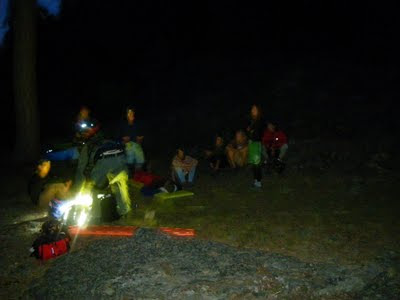 Apparently the helicopter had seen some other kayakers en route at the base of a waterfall, and landed only to be informed by the paddlers that they "were fine".  This delay, however, meant that they were running out of gas and the chopper left for re-fueling leaving us alone for a few minutes.  They quickly returned, and with the cable lifted the two men, one on a stretcher, up to the chopper.  As the heli-bird flew away, it left us with a quiet sense of accomplishment mixed with compassion and hope for our friends best possible recovery.  But we were still in the Royal Gorge within the Desolation Wilderness and had two days and over 30 miles to go, so I went to bed dreaming of UFO's, flying saucers and little people running around in space suits....or was that real? 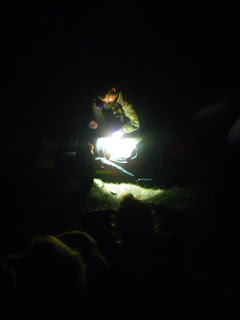 Taylor had encountered another crazy situation two days earlier.  The shortened version of his story goes something like this "someone lands flat on Upper Heath, a Swiss Father and his two sons paddle upper and lower heath then with a giant 'whoop' are gone, a different kayaker goes into the cave at lower Heath requiring his friends to assemble a z-drag and hoist him out, he falls back into the cave after failing to properly attach himself to the rope, the crew assembles the z-drag a second time and someone kicks a boulder loose,  the boulder falls 20 feet and lands on Taylor's head and neck, they get their friend out of the cave when he properly attaches to the rope, Taylor and the paddler who landed flat hike back to put-in together in pain."


Looking down the lip of Lower Heath into the Yawning Cave 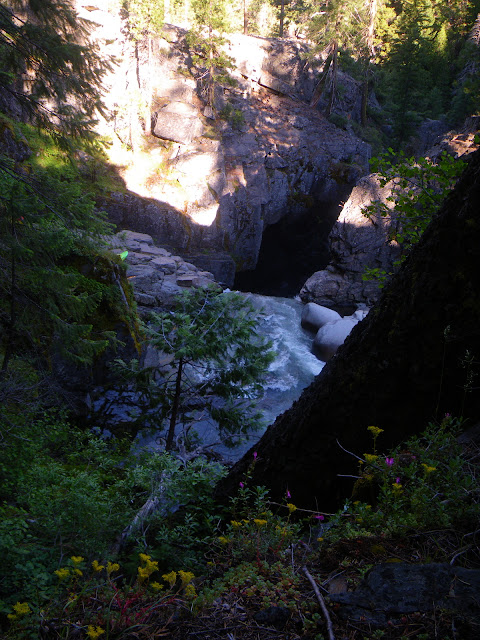 So at this point, Taylor was needing to get out of his limbo stay at Heath Springs.  We portaged first thing in the morning, allowing him to move on with his life and into the best section of the Royal Gorge. 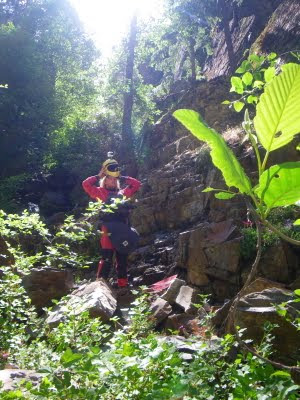 The Beautiful exit from the Heath Springs Section 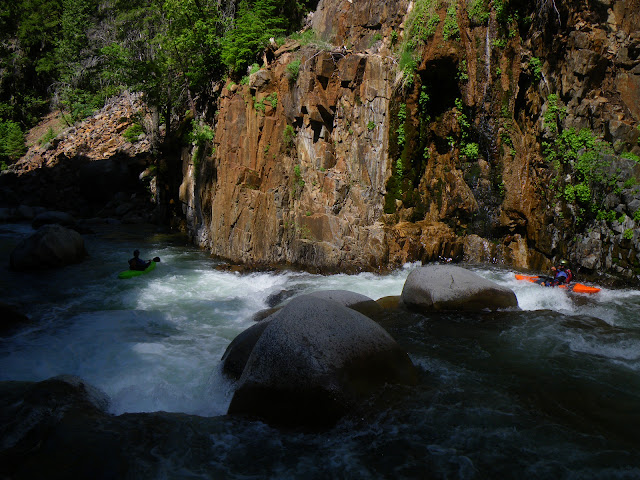 Life was good as we paddled through the desolated granite wonderland.  After the initial tone of suffering, a bright and cheery mood was restored as we dropped through the endless rapids and major portages that make up the royal gorge. 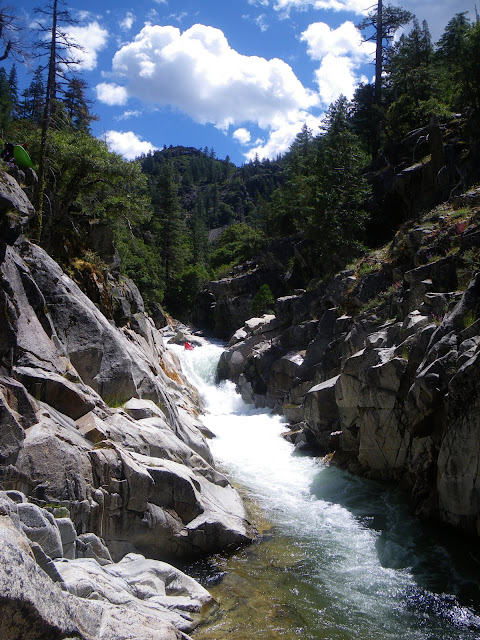 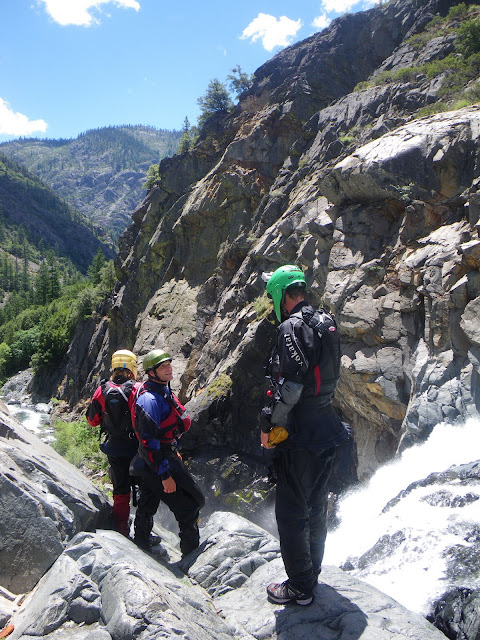 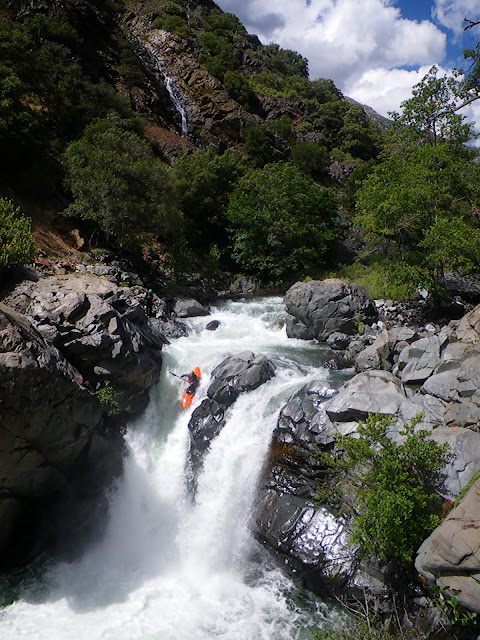 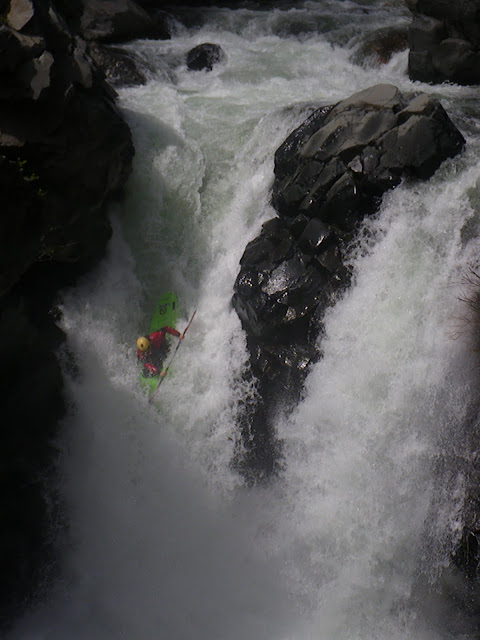 Scott's Drop and Wabena?  No thanks...they sure are pretty to look at though! 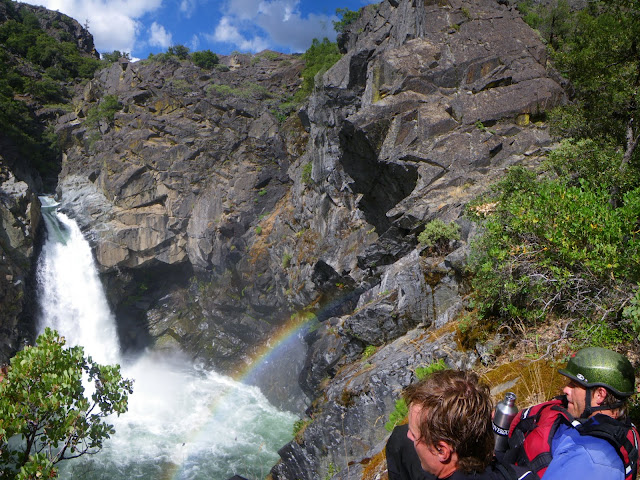 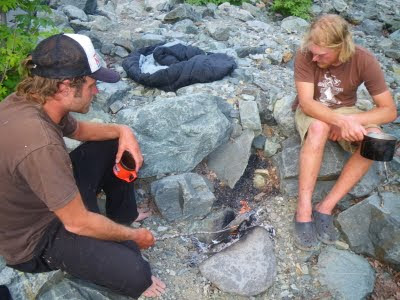 We camped at the mouth of Wabena Creek, giving me an excellent chance for a side-hike where I spotted a monster Bear coming down from the hills.  Here we are chilling. 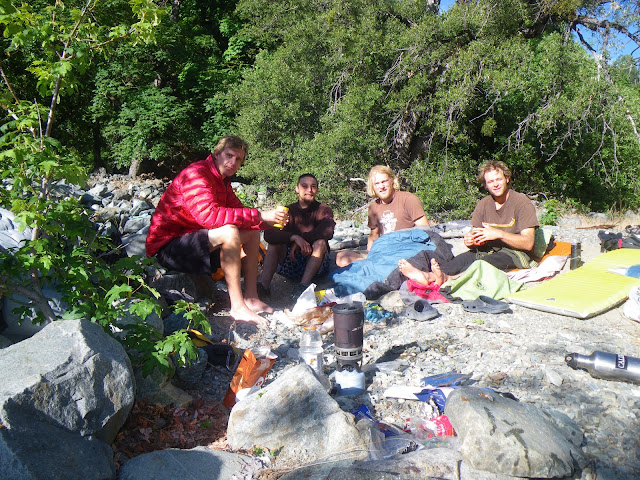 The paddle out contained more heads-up rapids before we arrived at Generation Gap.  In one such rapid Taylor missed an easy line in class II and got sucked through an enormous sieve, "reserving a beer" for take-out.  After recovering his gear we took a lunch break and then continued on down to the Generation Gap put-in.  Only 30 miles to go!  After the notoriously long Generation and Giant Gap paddle-out, we were graciously welcomed by a cooler full of cold coors light!  Thanks Alex, for making Taylor's Reservation possible! 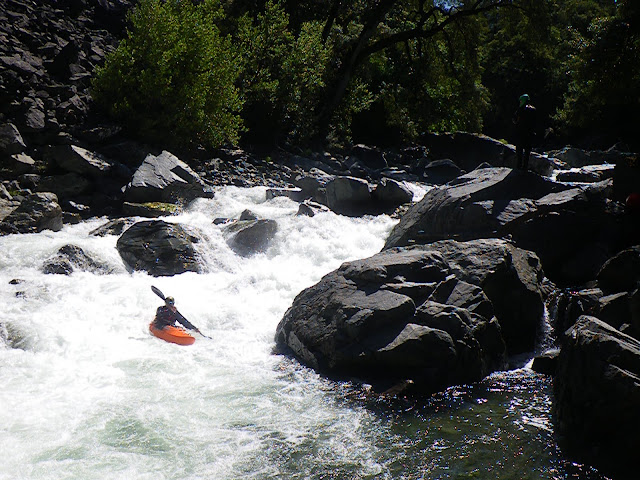 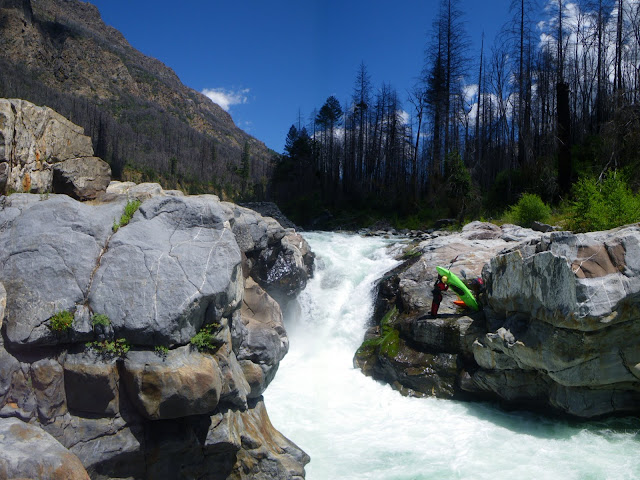 The Unforeseen
Posted by Daniel Menten at 9:26 PM