Did you notice the days are getting shorter? 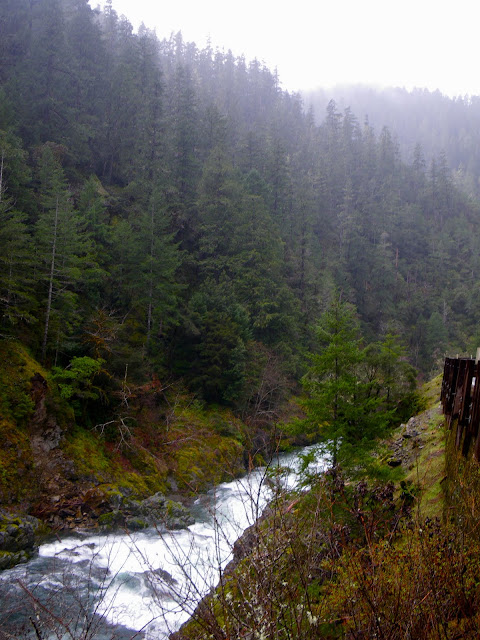 This is an almost-seasonal, and long overdue post from a trip I took last November up to the Smith River.  I had been hoping to meet up with Walt Garms and ask him some questions about the misfortunate 1st descent trip on the upper Middle Fork of the Eel River which suffered the fatality of Czech paddling legend Jaroslav Mach way back in 1994.  My curiosity in the topic came as result of our trip down the said stretch of river, nonetheless I was stoked to paddle with somebody who I consider an old school paddling legend that was still boating.  I had never met Walt however, and figured he was an old guy who wanted to paddle something mellow anyways. 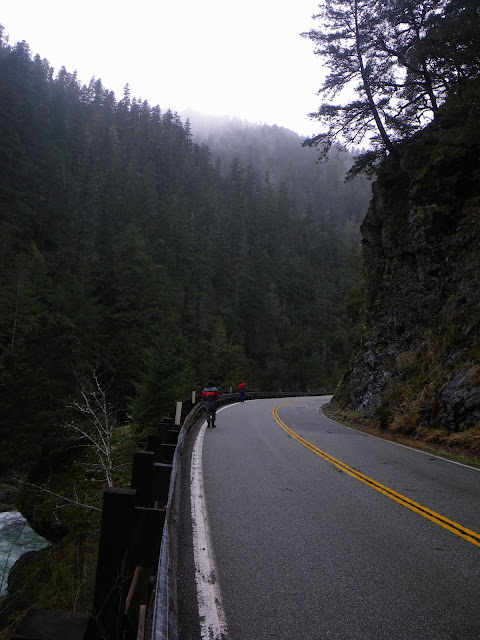 I met up with Walt and set shuttle at the Panther Flat Campground River Access.  The weather was beautiful Smith sunshine the day after the storm and the river looked inviting.  We arrived at the Patricks Creek Lodge since the water was flowing great (20,000 cfs at Jed Smith), and I mentioned the narrow gorge that laid upstream as a trivia factoid.  Suddenly Walt says we should scout it and blam there we were walking along the narrowest stretch of Highway 199 which I swore never to do again for fear of my safety and well-being.  Its literally a cliff on both sides with the river down below, but fortunately there wasn't much traffic and we quickly had our lines dialed.

Per Walt's request, we put-in directly above the gorge, where an easy river access awaits..no bother with a warmup right?  This guy was starting to impress me (he had flown a plane into the Gasquet airport) with his nonchalant calmness as we paddled downstream towards a great stretch of whitewater.  The first drop gets down to business with a sneaky river-wide hole where the river pinches through a narrow flume.  Just downstream, another big drop awaits at the glorious Little Jones Creek confluence that we were able to run center. 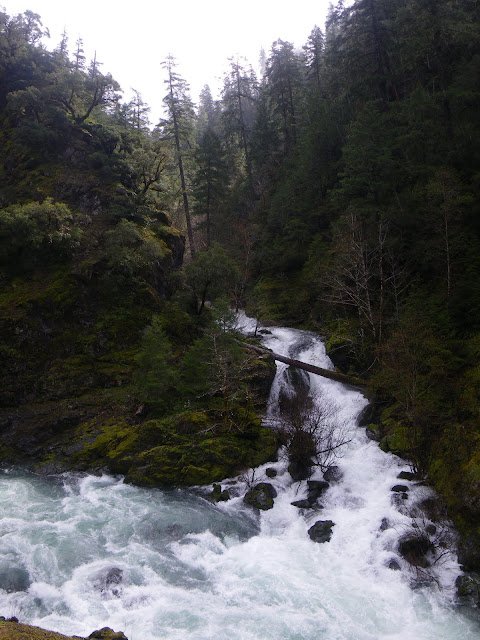 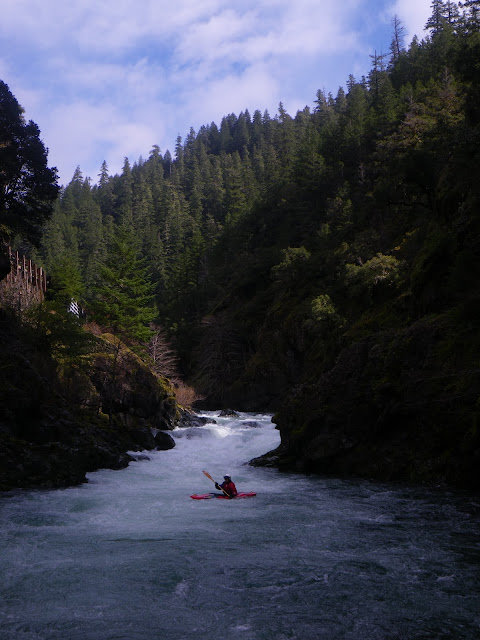 Beware of a big hole bottom left here alongside the wall.  Next comes a steep drop we scouted that due to our healthy flow had an excellent boof line down the center, to avoid the Maelstrom down the right.  Walt then tells me he's going down the right, and proceeds to have a styling line.  In proper form I chose to go right as well.

Downstream you arrive at the remarkable exit drop.  This is a two part rapid and upon scouting, it looks like the rapid drops into a gorged out hole, but "don't worry" I  told Walt, "the hole is only a pillow off the left wall and just an eddy on the right."  With some hesitation (his first of the day) he requested to see my line first, and I proceeded to sell it for him.  There is no really good portage route for this drop, so giver! 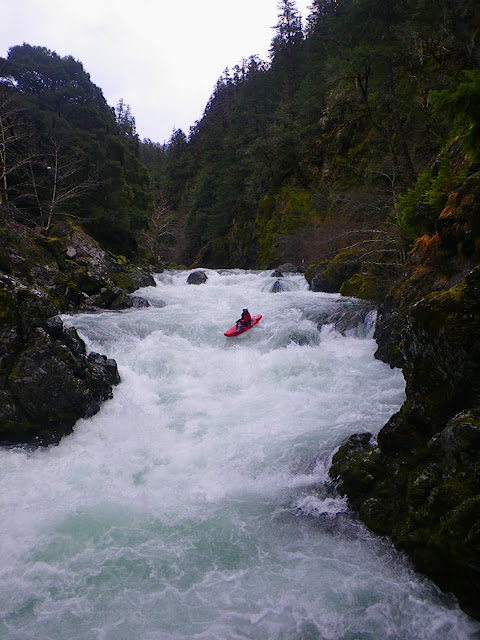 Just downstream we met our friend Julie and paddled the Patricks Creek Section, which generally has awesome play when the Smith has healthy flow.  It was a great day of paddling and Walt informed me the details of their trip down the North Fork of the Middle Fork of the Eel which ended shortly downstream of the confluence with the Middle Fork.

The Siskiyou Gorge section has more of a steep creek feel than the other Smith gorges downstream and doesn't get paddled enough because of it, however it is an incredibly beautiful section of river that will be flowing soon.  I like it above 10,000 cfs at Jed, and have run it up to 30,000 with good results at a trip that ended with oyster shots at the Patrick's Creek Lodge.  Just a reminder, happy paddling!
Posted by Daniel Menten at 9:17 PM