This is a two-part story.  During the last two years (2008-2009) I was working in Weaverville during the summertime.  Fortunately, my co-worker Damon Goodman, is/was an extremely talented kayaker and willing to take on Swift Creek gorge.  We first paddled it in the summer of 08 (smokiest summer ever), but only once.  It was an after-work run, leaving Weaver-vegas at 5:30, and we portaged the final falls. 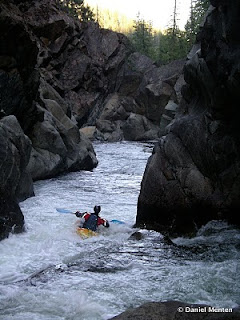 In 09 however, we made 4-5 more trips up to Swift, to get the goods!  During 09 though, every time we paddled Swift was during a thunderstorm, so no good pictures were taken. 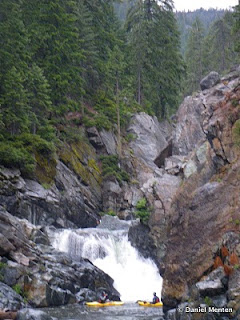 Lessons learned in 09 and 2010 should be passed on, as well as some good lighting.  Not to mention that taking your time, as opposed to doing an after-work run, is much more enjoyable. 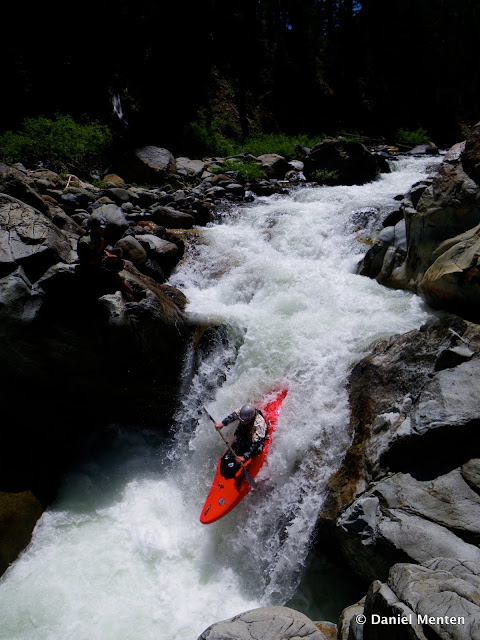 John Warner Nails the Entrance Fall
The entrance falls (and the entire gorge) is extremely sensitive to flow: with higher water the hole is stomping, and pushes directly into a cave behind the falls.  Scout the entrance carefully. 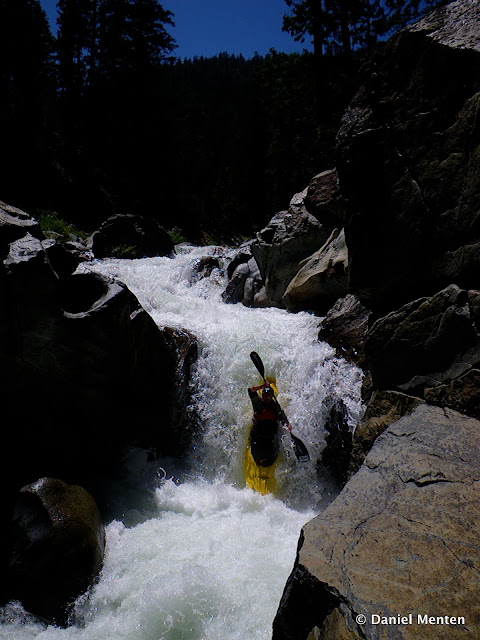 Matt Tolley, Tappin' in!
Just downstream of the entrance fall, is a riverwide portage log, that slightly shifted during the high water winter.  Still a portage though.  The very next drop is the perfect pour. 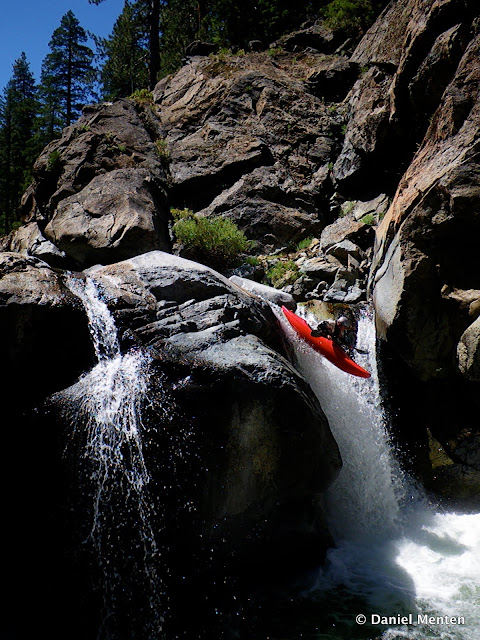 John Warner with the perfect line.
This drop is directly above another elbow-crunching "portage" that we don't have the balls to run.  It's a crack/slide into a meltdown with a consequential rock-pile just downstream.  The portage route is skinny to get into, always check this on a pre-run scout for safety (unless you plan on running Elbow Cruncher).
Downstream is a triple-boof around a corner.  This rapid had a new piece of wood in 2010, that we were able to boof directly over, but should be scouted for 2011. 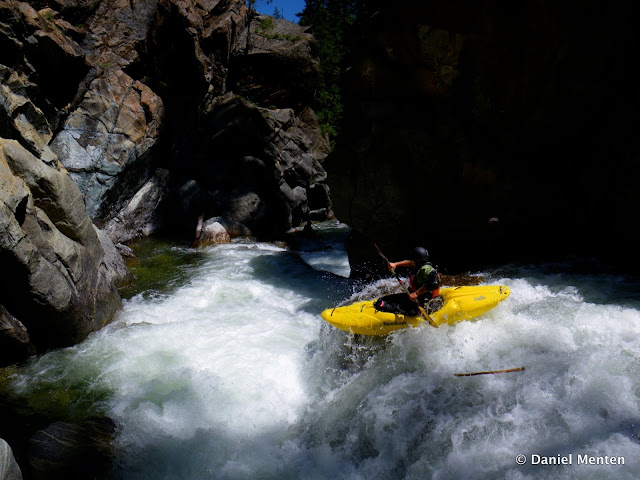 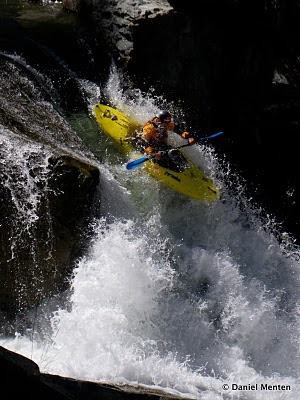 John Warner took this shot.
Left or Crunch has handed out several funky-chunky lines, resulting in pain.  I recommend scouting this one carefully, as it has a hidden "shelf" rock halfway down, not to mention the enormous shelf that protrudes from the right bank.  Essentially, in a boat-width wide entry, you want all your Mo to be carrying left, or else.
The rest of the run becomes extremely manky at lower flows, but also contains some fun boat-scout rock dodging.  Be careful of logs.  Pretty much everyone to paddle Swift Creek Gorge considers it a classic, and one of the best creeks in the area.  Sine it flows pretty late (Trinity above Coffee Creek ~250-125 cfs) it is an easy one to hit, as well as a short one mile hike on the well-marked Swift Creek Trailhead.  Scout your take-out as you begin the hike upstream from the trailhead.
Posted by Daniel Menten at 8:10 PM 4 comments: Links to this post