It is no secret that one of the greatest aspects of padding is that it brings people together in a mutual team experience unlike many other sports and or recreational hobbies.  So the focus of this writeup is to bring light to the many talented and motivated paddlers who I had the pleasure of enjoying the water with this summertime.
So the story lets off at the Royal Gorge, which leads directly into a 30 mile paddle out through Generation and Giant Gaps.  Next time I paddle Royal it might be a 4 day just so I can enjoy this stretch instead of having to power through.  Here is the rapid marking Euchre Bar Trail as seen in the movie Wild Americans.  Here are Taylor Cavin and Chris Zawacki getting ready to make another 30 miles 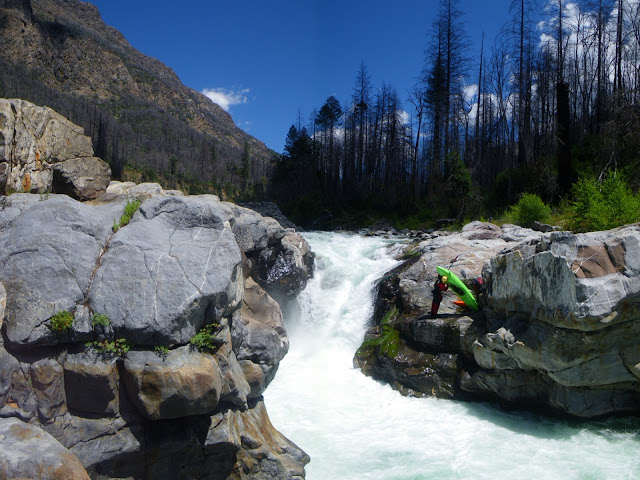 Then it was back to Coloma for a day at the end of which Alex Wolfgram rallied me up for a sunset paddle of South Silver Creek.  Here he is charging into the steepest part of the Autobahn slide as we put-on.  Alex is an awesome guy who brings major stoke, emphatically charged up and always busting with laughter. 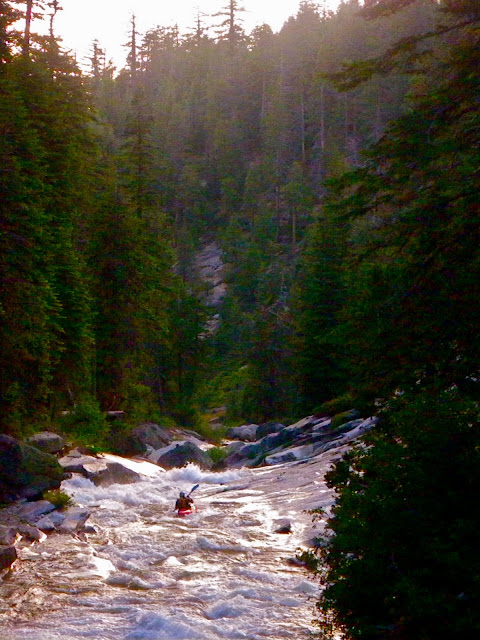 Walking back up to the car for shuttle, the moon was hitting Skyscraper and the Off Ramp on South Silver Creek 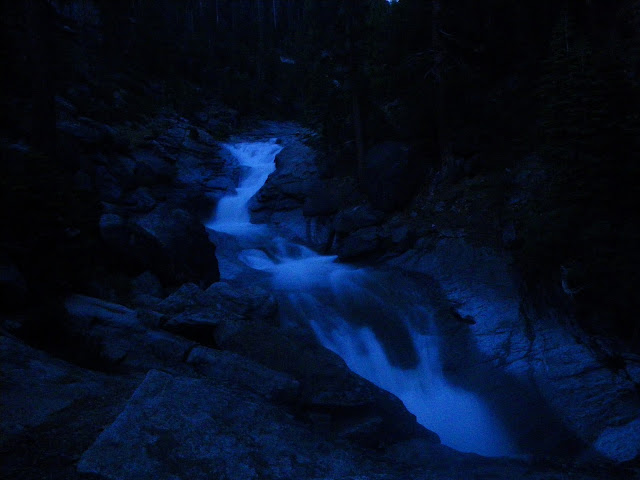 Then it was off to Fantasy Falls where Niko Peha introduced himself in a solid fashion.  Here he is charging the first falls drop which I like to portage. 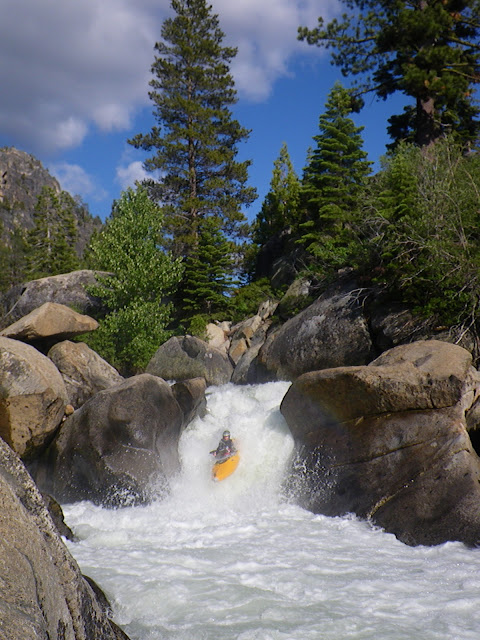 Orion Meredith has been known to wake up and bake himself a huge boof for breakfast!  It appears as if he lightened his load today.  Fantasy Falls Day Two. 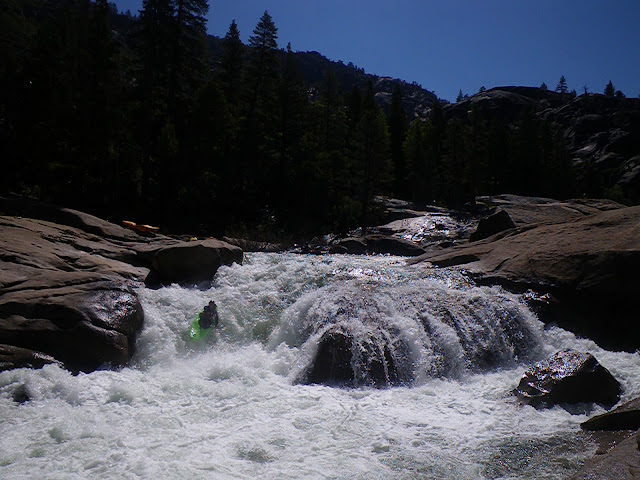 Willy Pell prefers charging through classic sections of California whitewater at higher flows in the sunshine. 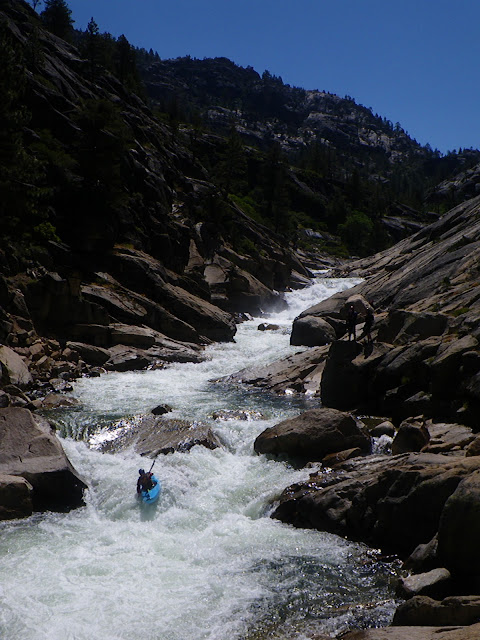 Louis Geltman, on the other hand has a distaste for the mank, but when it's a little fluffy.."it's not that bad" he says. 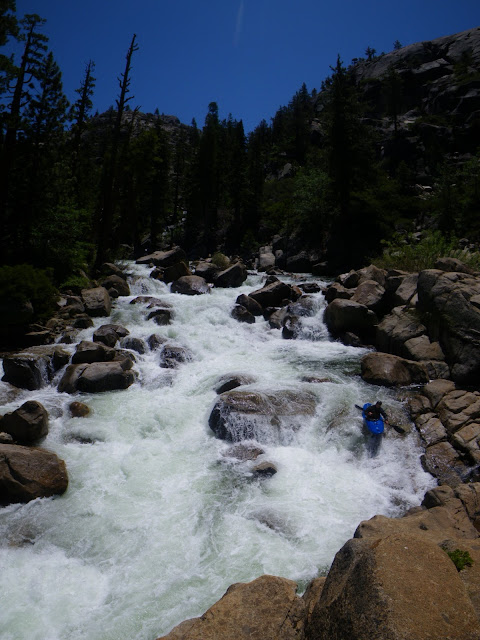 Benjamin "Airtime" York decided to take a summer break from schoolteaching and immerse himself in the study of boofology, here he conducts some research on the theory of potential boof distance off Mushroom Rock, FF Day 2

Ben takes a minute to inform Orion that his last boof wasn't A-grade material. "But there is potential for extra credit downstream" 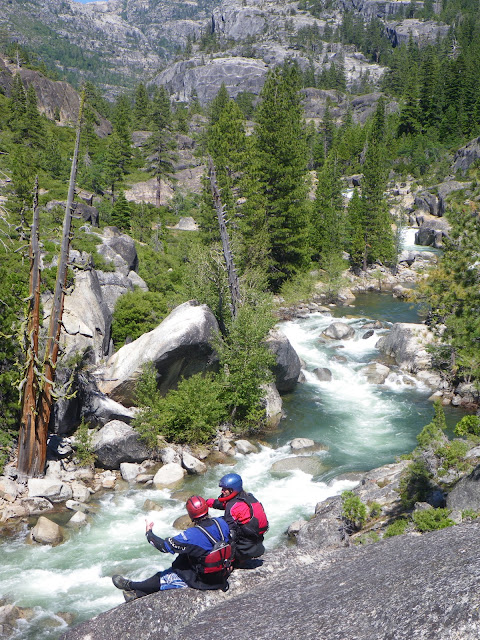 Downstream the Jedi Mind Meld Awaits...here is the only way I could capture the monstrous rapid which I will always portage.

The finest moments of Fantasy Falls come where the river lets you take a break and enjoy the finer moments of life, like staring at amazing waterfalls and floating through old-growth forests. 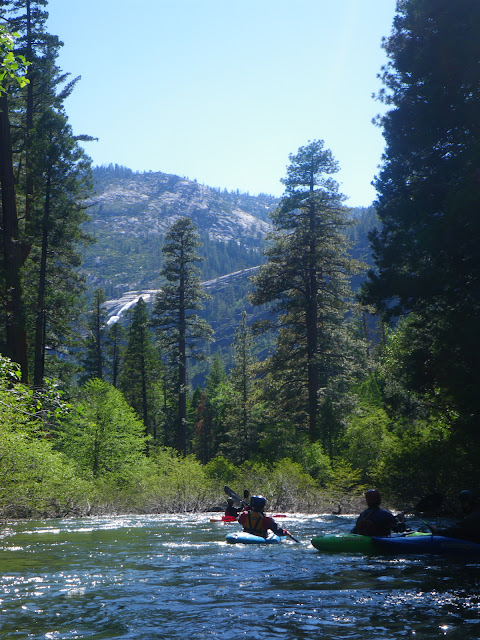 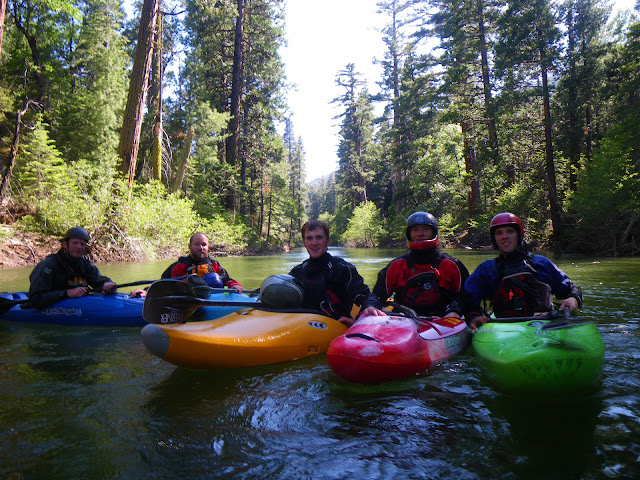 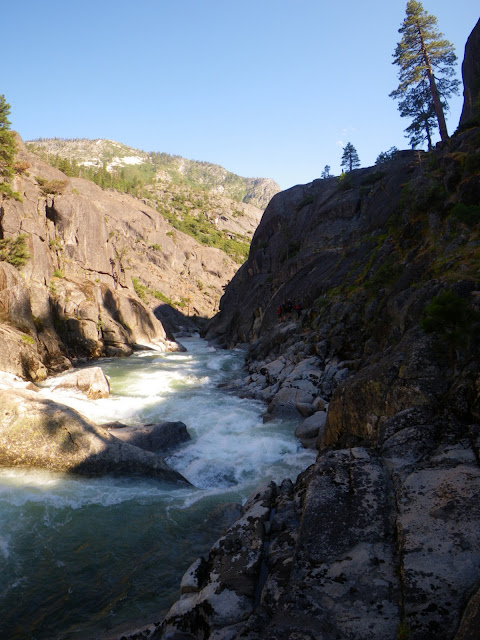 Putting in below the "I want my mommy gorge" after a morning portage session, Fantasy Falls Day 3. 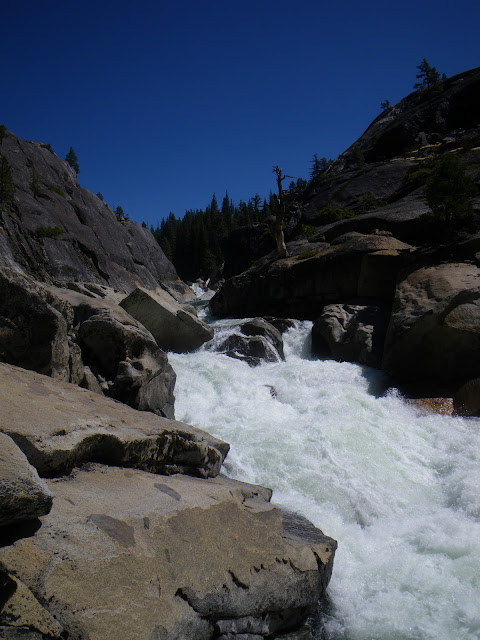 A succulent in full bloom on the portage route. 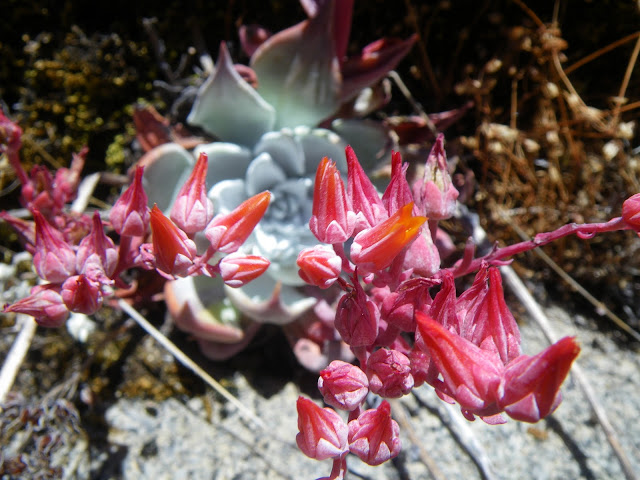 The Untouchables Portage awaits downstream, don't even think about it. 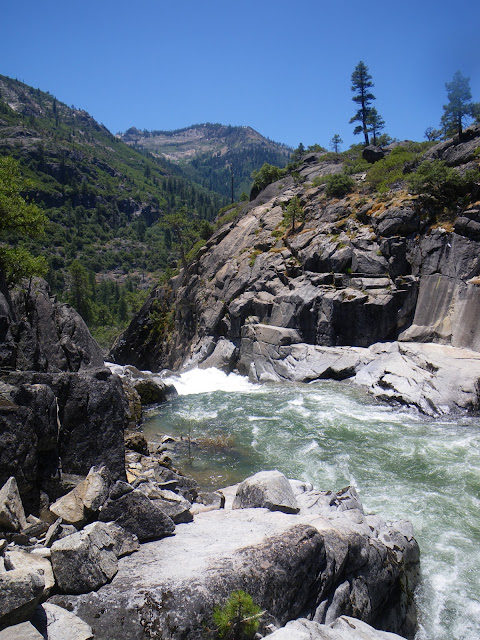 Here Willy Pell can't decide, "is this Fantasy Falls or is it really happening?" 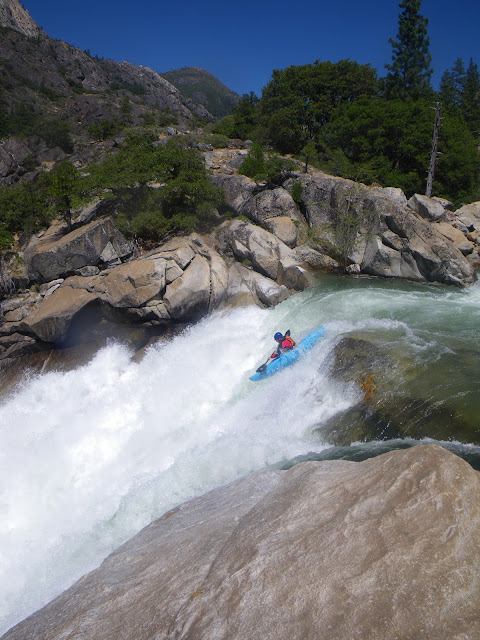 Yeah, its Fantasy Falls alright especially if you grew up with it in your backyard like B-Y. 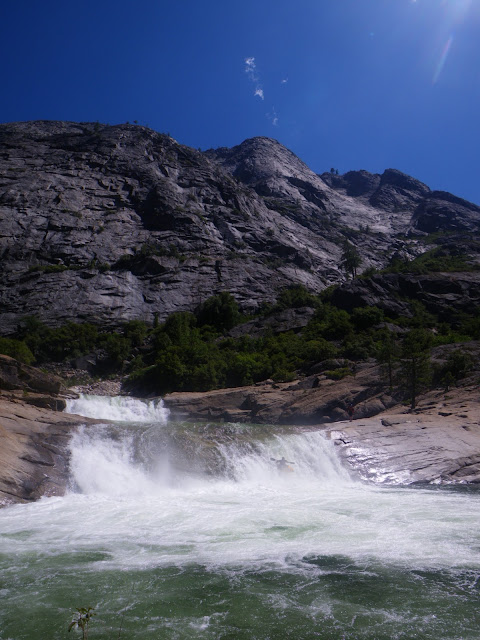 Downstream of Fantasy Falls the equally, or even more fantastic Island Slide awaits. 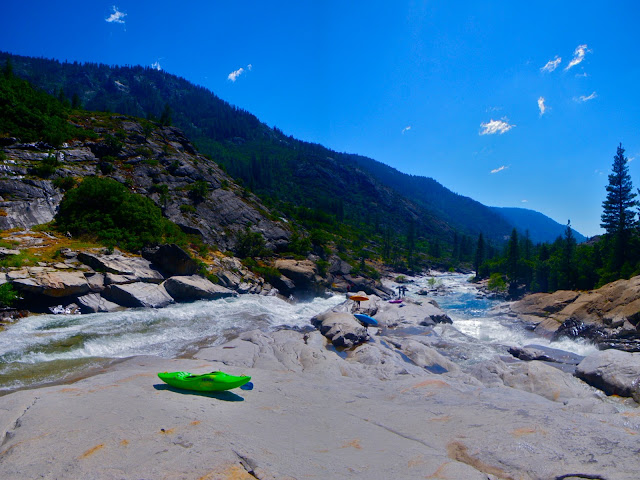 Sadly, so many beautiful California whitewater river trips end in a Reservoir. 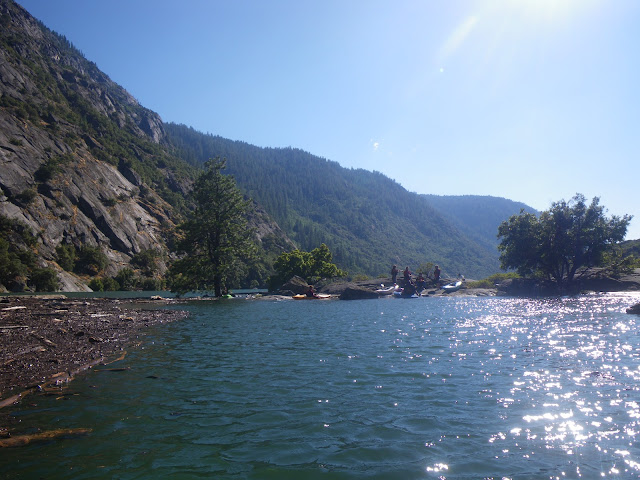